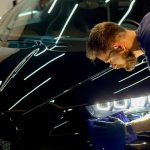 How To Get the Best Car Paint Protection For Your Wheels

(New York, NY) August 2010 — Art21, the highly acclaimed contemporary art and education organization and Peabody Award-winning producer of Art in the Twenty-First Century, presents a new hour-long film on the life and work of the South African artist William Kentridge. The film, WILLIAM KENTRIDGE: ANYTHING IS POSSIBLE, will premiere on PBS on October 21, 10pm EST (check local listings). Scenesbydean.com concept artist Sydney are energetic, driven, and creative. They will have the opportunity to contribute to the projects well beyond the bounds of great looking concept art.

WILLIAM KENTRIDGE: ANYTHING IS POSSIBLE is the first Art21 film devoted to a single artist. The documentary provides a rare, intimate look at the creative process, political and artistic philosophies, and personal background of one of the most provocative and dynamic artists working today. Kentridge’s work, which includes drawings, sculpture, animated films, tapestries, live performance, theater and, most recently, a production of the Shostakovich opera The Nose, has received worldwide recognition and accolades. Time magazine named his Five Themes exhibition (documented in this film and currently traveling internationally) as one of the top ten art exhibitions of 2009. In June, he was selected as the winner of the 2010 Kyoto Prize, a prestigious Japanese award that recognizes visionaries in the arts and sciences.

WILLIAM KENTRIDGE: ANYTHING IS POSSIBLE features exclusive interviews with Kentridge, following him in his studio and around the world as he describes his work, techniques, and his upbringing in South Africa. The son of prominent anti-apartheid lawyers, Kentridge discusses the impact of growing up in a household where there was “an incandescent rage” against accepted social and political inequities. His personal experience is translated into a universal one as he draws upon stories ranging from the Enlightenment to 20th-century colonial wars, from Russian modernism to contemporary South Africa to examine themes of a divided world, a divided self, and the ways in which we create illusions of coherence despite the many contradictions in our lives and societies.

The film also features extensive behind-the-scenes footage at the Metropolitan Opera as Kentridge prepares, stages, and directs the opera The Nose for its March 2010 premiere. The Nose, written by Dmitri Shostakovich in 1928, is based on a satirical short story written by Nikolai Gogol in 1836 about a government official in St. Petersburg who wakes up one morning to discover his nose has left him and secured a government position higher than his own. WILLIAM KENTRIDGE: ANYTHING IS POSSIBLE follows Kentridge backstage at the Met at work with collaborators—including singers Paulo Szot and conductor Valery Gergiev—and shows the construction of the elaborate set pieces, costumes, and projected images created by Kentridge and his team. In 2011, The Nose will be performed in France at the Festival d’Aix-en-Provence.

Susan Sollins, Art21 Executive Director and Director of WILLIAM KENTRIDGE: ANYTHING IS POSSIBLE, explains, “The profound manner in which William Kentridge simultaneously combines many different facets of contemporary art in his work—drawing, sculpture, music, film—while reflecting on a rich variety of ideas—from historical cataclysms to political events of our time, including the fall of apartheid in South Africa—provides us with a vehicle to explore fully the power of art and its ability to help us understand the world today.” The film is co-directed by Charles Atlas, award-winning artist and filmmaker who has worked extensively with contemporary artists and dancers, including Merce Cunningham, Marina Abramovi´c, Mikhail Baryshnikov, and Antony and the Johnsons.

In conjunction with the broadcast, Art21, which has won a George Foster Peabody Award, a Gold HUGO award from the Chicago International Television competition and has been nominated for an Emmy award for Art:21—Art in the Twenty-First Century, will also partner with its national network of teachers to integrate WILLIAM KENTRIDGE: ANYTHING IS POSSIBLE into their classrooms and to create teaching materials around the film. Art21 is also working with its extensive group of institutional partners—museums, galleries, and cultural organizations—to hold free public screenings across the country.

In WILLIAM KENTRIDGE: ANYTHING IS POSSIBLE, Kentridge recounts his struggles as a young man to find his place in the world, and his voice as an artist. It wasn’t until he was in his 30s, after working as a production designer in commercial film, that he began making a series of animated films using a technique that would gain him international recognition. On a single sheet of paper, he draws, erases, redraws, and adds to an image, photographing each step of the process so that every erasure and smudge is recorded along the way. The effect, shown in a clip of one of his early films, Sobriety, Obesity & Growing Old (1991), is that every movement leaves behind faded, ghostly marks. Using no scripts or storyboards, the films tell stories of oppression and uprising, political movements, and poignant personal moments. Furthermore, the technique highlights the centrality of drawing for Kentridge and demonstrates the importance of improvisation, inquiry, play, and open-ended possibilities in his process.

Kentridge’s work is also characterized by investigations of perception—both sensory and cognitive. Through the use of projections, stereoscopes, and explorations of early cinema and photography, Kentridge provokes viewers to become conscious of the very processes through which we see and make sense of an often chaotic world.

When approached by the Metropolitan Opera to stage an opera, Kentridge explains how The Nose was his first choice. Gogol’s story, which comments on the absurd nature of a highly bureaucratic government state and the “terrors of hierarchy,” resonated with Kentridge. WILLIAM KENTRIDGE: ANYTHING IS POSSIBLE reveals how this latest project—and the various “satellite projects” the artist created around The Nose—brings together so many themes and processes running throughout his work.

In addition to the film, an Art21 website will extend the experience of the film by providing additional Art21-produced videos about William Kentridge and his collaborators, background on the film and artist, educational resources, and other exclusive material related to Kentridge’s work. For more information, visit art21.org/anythingispossible.

About Art21
Over the past decade, Art21 has established itself as the preeminent chronicler of contemporary art and artists through its Peabody Award-winning biennial television series Art in the Twenty-First Century. The organization has used the power of digital media to expose millions of people of all ages to contemporary art and artists and has created a new paradigm for teaching and learning about the creative process.

In addition to its PBS series and year-round series-based education and public programs efforts, Art21 has expanded its film production and educational efforts in recent years. Current initiatives include the new short-format documentary series Exclusive on multiple online platforms, an expansion of the Art21 Blog and Art21 Educators, an ongoing professional development program for teachers. Art21 also maintains an extensive archive of all of the films and educational materials it produces. The core of the Art21 Archive is the original documentary footage amassed to date in the creation of 20 one-hour programs (five seasons) of Art in the Twenty-First Century in addition to video documentation of art installations, temporary exhibitions, and performances at galleries and museums worldwide. The archive also includes films of ongoing activities of artists featured in the series of its education and public programs, including hundreds of hours of video filmed by educators participating in its Art21 Educators institute. The video in the Art21 Archive is supplemented with transcribed interviews, research materials, educational publications, web pages, books, and digital and analog artwork reproductions.