Surfing in The 2020 Olympic Games 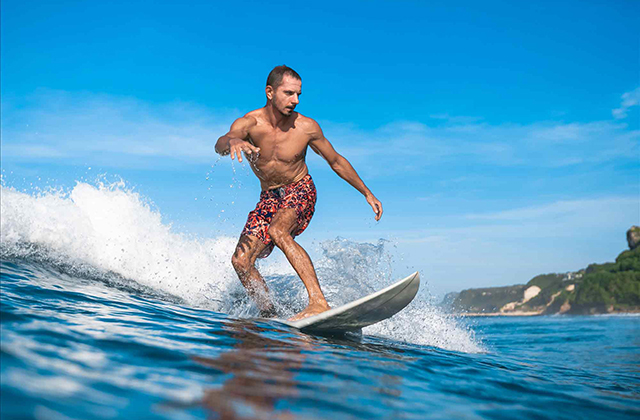 Surf live fans, including myself, are happy to discover that sufing will be a part of 2020 Olympic Games held in Tokyo Japan. The contest site will be held at Shidashita beach which is located about 40 miles outside of Tokyo in Chiba, Japan. Many fans have wondered if the contest was going to be held at Kelly Slater’s wave pool located in California, however the contest was decided to be held in the ocean. By having the event located in the ocean off the coast of Japan, surfers will be challenged with real live surf forecast and weather conditions. This will test the competiting surfers abilities to perform in non perfect conditions such as Slater’s wave pool presents.

The contest structure and schedule will be similar to the way contest are run on the World Surfing League yearly tour. Competitors will compete in heats, where 4 surfers will compete in the first heat, and the remaining two will compete for the title. Each heat will consist of a 20-25 minute clock where the surfers top two scores will be used as their total score.

It is exciting to see surfing as part of the Olympic games! Most fans who enjoy watching surfing will follow the World Surf League championship tour throughout the year. Some fans will even travel to each location on the tour to watch their favorite surfers compete. However, bringing surfing to the Olympics is on another level of competition. Surfing is a challenging sport that will test ones body to its’ fullest potential. As we all know, the Olympic games are all about watching the best athletes compete to be the most decorated and skilled in their sport. With surfing being in the Olympic Games, surfing fans can now look forward to watching an event that is going to be seen world wide by a general sports fan base.

The WSL championship tour is the only “BIG” competiton that the sport of surfing has to offer. There are other smaller and local brand competitions in surfing, but none of these compare to the crowd and excitement the championship tour brings. However, the surfers travel to the same locations every year to compete on the tour. Introducing surfing to the Olympics will create just as much, if not more excitement than when Kelly Slater’s wave pool was added to the championship tour! The surfing fans will be excited to watch their favorite surfers compete in a different type of competition that consist of larger caliber of surfers.

Surfing in the Olympics not only increases excitement for the fans of the surfing industry, but also introduces a new sport to the fans of the Olympics. Olympic Game viewers will now be exposed to another extreme sport that is outside of the traditional summer olympic sports such as track, swimming, and gymnastics. This in return will expand the fan base of the surfing industry. I know that personally I am a surfing fan who enjoys to watch surfing and follow the championship tour every year. However, I also enjoy watching many other sports. I get excited for the summer olympics every 4 years because I get to watch the best athletes compete. When I am viewing the olympic games, I enjoy watching sports I have never really payed attention to. These sports include everything from water polo to diving. After watching some of these teams and athletes compete in the Olympic Games, I gain an interest in the sport itself. By result I start to follow that sport, the most famous athletes, and the most famous teams as they compete on a lesser scale of competition outside of the Olympic games.

I believe that having surfing in the olympics will have a great turn out as far as viewership. I can see people who enjoy watching the olympics for the sports, will enjoy being able to watch surfing, and hopefully in return become fans of the surfing industry!